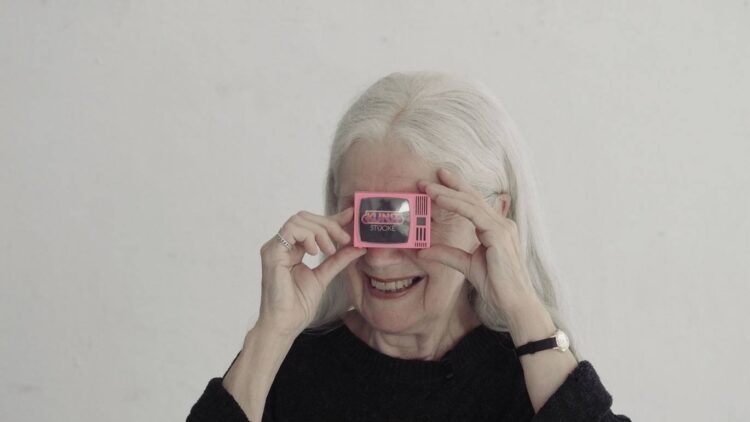 “She is the other gas” by Christiana Perschon

“The machismo here was vehement.” Any of the artists could have made this statement: Renate Bertlmann, Linda Christanell, Lore Heuermann, Karin Mack, or Margot Pilz. What unites the women, who were all part of the Viennese art scene in the 1970s, is the memory of an era of humiliating paternalism. In She is the other gaze, filmmaker Christiana Perschon lets these women, born between 1936 and 1943, tell their stories of male ignorance and the invisibility associated with that, of denial of their creativity, of a situation in which their only possibility to learn was from men.

Filmmaker and artist Christiana Perschon (1978 in Baden near Vienna) studied at the Academy of Fine Arts Vienna and worked for the Austrian Broadcasting Corporation (ORF), the Austrian Audiovisual Archive, as well as a curator. Her films won numerous prizes and were shown at international festivals (Internationale Kurzfilmtage Oberhausen, Visions du Réel, Festival International de Cinéma Nyon). SHE IS THE OTHER GAZE is her first feature film.

The movie was selected in collaboration with Zeta Center and will be streaming for one month, starting on Monday, July 6, 2020, at the homepage of the Austrian Embassy in Tirana: https://www.bmeia.gv.at/oeb-tirana/