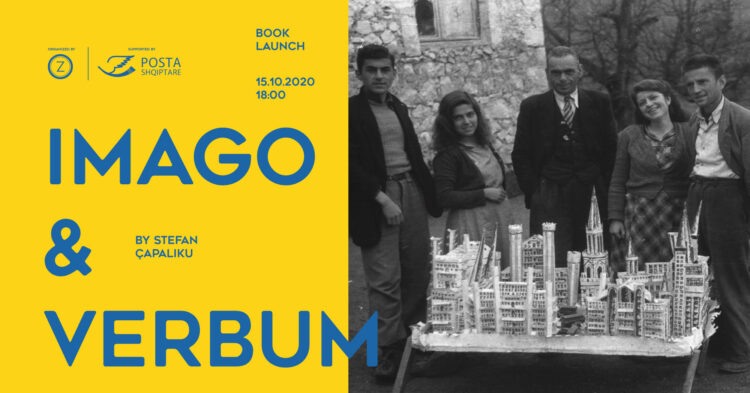 With generous support by Posta Shqiptare

Imago & Verbum
Stefan Çapaliku (Shkodër, 1965), is a writer, researcher, director, winner of several national awards, and professor of aesthetics at the University of Arts Tirana, among others.

The series of photos is called “Imago Day”, from which it takes the title of one of the essays, that is an important part of this publication. In this essay, Çapaliku describes the arrival of the television (a Soviet Venus mounted in Romania) in Shkodra (his home) and how everything changed with the arrival of this magic box, in 1967, by his father, after the training as an agronomist in Romania, one of socialist camp sites.

The second arrival, was the “Practica”, a camera to photograph the corn cobs at different stages of cultivation, with which he and his sister began to photograph the television idols of that time, who were secretly watching in the TV programs of the RAI UNO and TV Titogradi.

The book further contains four other essays entitled: Imago Historiae; Imago Somnium; Imago Mundi and Imago Temporis, that are related to other photos of the archive.

The book is available at ZETA and at the Adrion bookstore in Tirana.