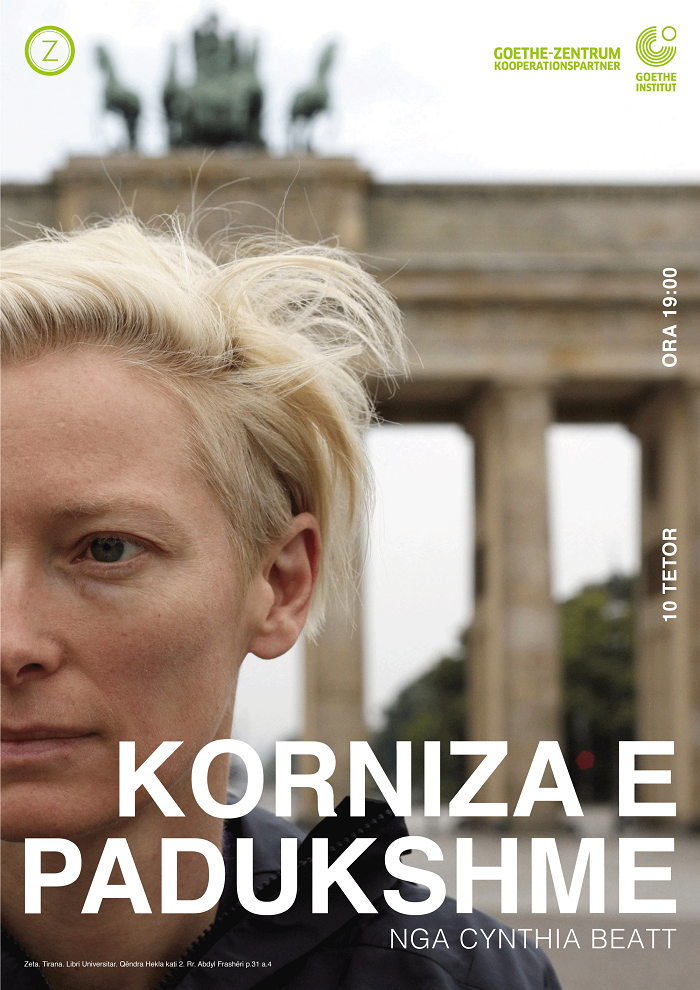 This screening is in continuation of a project in collaboration with Goethe Zentrum Tirana, where one contemporary Albanian artist is invited to select a film from the film archive of Goethe Institute and to present his choice to ZETA’s public. The guest artist, who has selected the film, is Matilda Odobashi.

In 1988, Cynthia Beatt and Tilda Swinton set off on their bikes, adventuring into relatively unknown territory. They cycled along the perimeter of the Berlin Wall with the intention of documenting the places they passed, but also to capture an introspective view of West Berlin and the view over the wall towards East Berlin. And thus came about the film ‘Cycling the Frame’.Today, ‘Cycling the Frame’ stands out as a unique historical document. Tilda Swinton, who was awarded an Oscar last year, is a particularly popular and world-famous actress, renowned for her unorthodox choice of roles. Tilda Swinton and Cynthia Beatt have now taken the opportunity to cycle the very same line that the wall once cut through Berlin in ‘The Invisible Frame’.