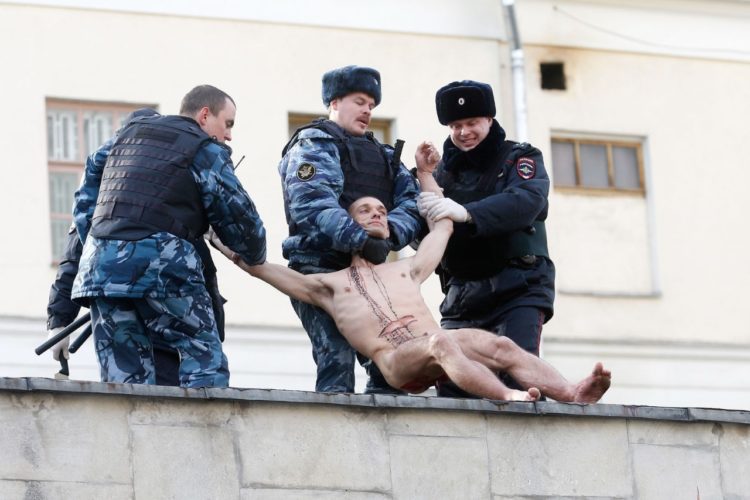 “We want freedom! We want freedom!” With this as their chant, an angry crowd decries the regime’s increasing intolerance of political dissent. It is in this climate of governmental oppression and public protest that artist Petr Pavlensky stages his forceful acts of defiance against a series of crackdowns on liberty. From lying naked in a coil of barbed wire, to nailing his scrotum to the pavement of Red Square, his acts of defiance aim to spark debate and catalyze reform. This powerful documentary film follows his mission to challenge the state.Through the lens of his work, we gain insight both to the increasingly totalitarian state of Russia and the brave men and women who dare to confront it. 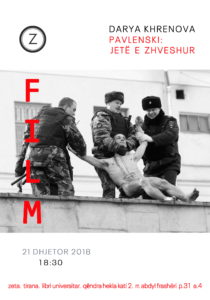