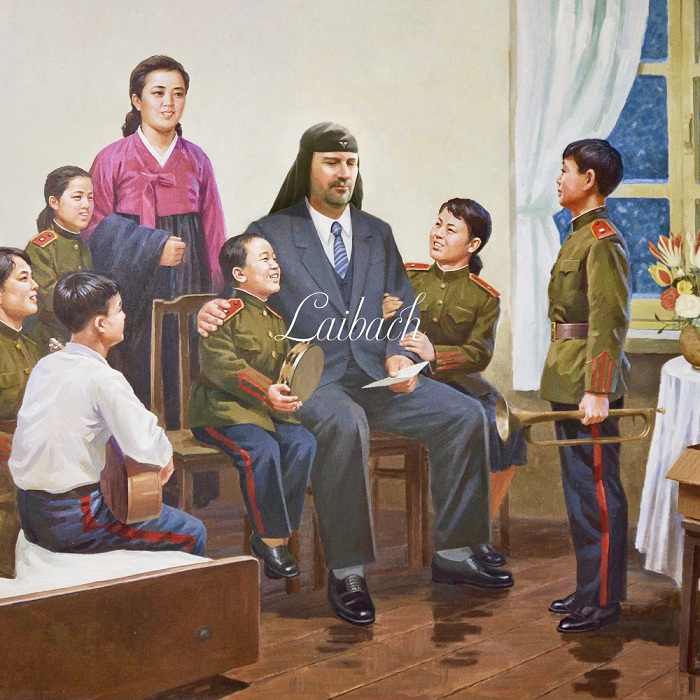 ALL ART IS PROPAGANDA… (GEORGE ORWELL)

…AND ALL PROPAGANDA IS ART (LAIBACH)

for the first time in Albania

ZETA is happy to invite you to the Albanian premiere screening of the international hit documentary LIBERATION DAY by Morten Traavik (Norway) and Ugis Olte (Latvia). The film follows self-appointed “engineers of human souls”, art-rock provocateurs LAIBACH (Slovenia) on their controversial tour of North Korea in 2015 on the occasion of the “world’s most closed country” celebrating the 70th anniversary of liberation from Japanese colonial rule.

Under the loving but firm guidance of an old fan turned director and cultural diplomat, and to the surprise of a whole world, the ex-Yugoslavian cult band Laibach becomes the first rock group ever to perform in the fortress state of North Korea. Confronting strict ideology and cultural differences, the band struggles to get their songs through the needle’s eye of censorship before they can be unleashed on an audience never before exposed to alternative rock’n’roll. Meanwhile, propaganda loudspeakers are being set up at the border between the two Koreas and a countdown to war is announced. The hills are alive…with the sound of music.

As an introduction to the screening, the artists will present their recently published book LIBERATION DAYS: LAIBACH AND NORTH KOREA (Editions Timeless, 2018). The screening will be followed by a live conversation with film director Morten Traavik and artist Valnoir (France). 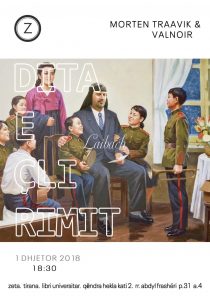