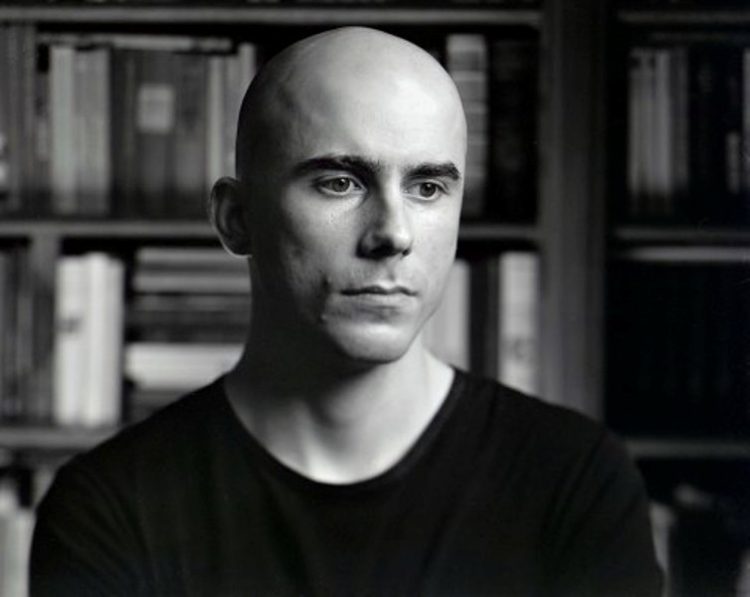 We are happy to invite you to our upcoming guest-artist’s talk!

Mateusz Choróbski
WORDS AGAINST THE WIND

Mateusz Choróbski (born 1987 in central Poland) is a visual artist based in Warsaw.

He received his BA Degree in Photography from the University of Fine Arts in Poznań and MA Degree in Media Arts from the Academy of Fine Arts in Warsaw, where he studied between 2011 and 2013 in the Mirosław Bałka Studio of Spatial Activities. In the period 2015-2017 he attended the PhD Program of Interdisciplinary Studies at the University of Arts in Poznań.

In his artistic undertakings, Mateusz Choróbski tests various ranges and scales of artistic expression: from short films to complex arrangements in exhibition venues, or contextual activities in open-air spaces. He develops narration in relation to the specificity of architecture by either emphasizing or transforming particular existing elements. Human awareness about the relationship picture/viewer/space makes a significant aspect of his work, most notably with regard to his sculptures that focus on erasures, interruptions and diversity.

Choróbski’s work has been presented since 2010 in Poland and abroad, including countries such as USA, France, Germany, Japan, Spain, Italy, Estonia and Switzerland. He had eight personal exhibitions so far, the most recent of which were Le premier venu? (nie ma już bezpańskich psów) at the Les Bains Douches – Alençon (2017), A Slow Collapse of a Journey at the CSW Kronika – Bytom (2016), and The Draught at the Another Vacant Space – Berlin (2013). He also took part in five two-person exhibitions, including the most recent ones at the Paris Internationale (2018, with Anders Dickson), and at the Exile Gallery – Berlin (2017, with Anna Orłowska). His most recent group exhibitions include FOAF (Friend of A Friend) at ChertLüdde – Berlin (2018), and Wschód Gallery – Warsaw (2017), High Blood Pressure at Koganei Art Spot – Tokyo (2017) and Autogestión at Fundació Joan Miró – Barcelona (2017). Among his actions/performances, the most significant one (The Loneliness of the Long Distance Runner) took place in 2016 on the occasion of Manifesta 11 in Zurich.

His travel to Albania is kindly supported by the Adam Mickiewicz Institute, a government-sponsored organization funded by Poland’s Ministry of Culture and National Heritage.

The Artist Talk WORDS AGAINST THE WIND is open to general public and will be held in English, without translation.

We look forward to seeing you on October 31 (Halloween Night!) at 7PM. 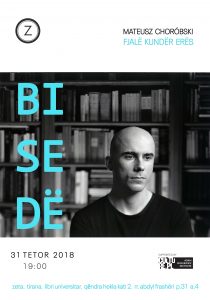