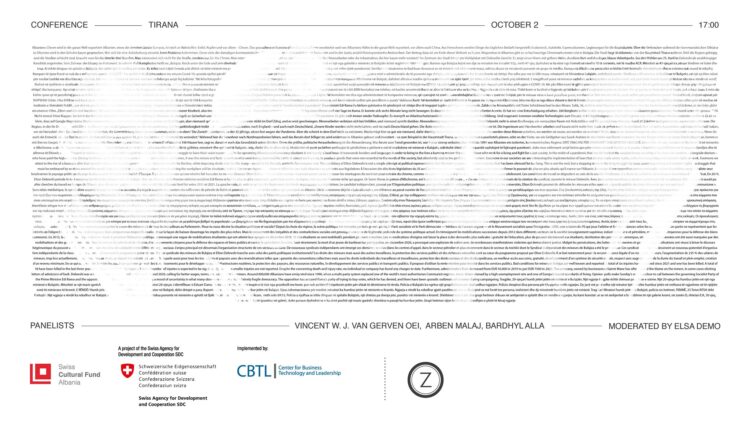 ZETA Center for Contemporary Art is organizing the conference entitled “Wounds of the Source”, as an integrated part of the project “Mineral Policy”, which is currently taking place between the city of Bulqiza and Tirana. Through the conversation of the invited panelists, this conference is designed in order to shed light on a wound of the Albanian society such as the northeastern industrial city of Bulqiza where the financial exploitation has been in the hands of private companies, such as Albchrome, one of the biggest in the country that is, conspicuously enough, very much tied to the current political regime and the information has been constantly manipulated by the public authorities in charge.

This discussion will be moderated by Elsa Demo, cultural journalists, critic, researcher and television author.

Bardhul Alla (Bulqiza, 1983), is a miner, who has been working in the privatized mine of the city since 2010. Alla is a in the United Miners’ Unions of Bulqiza member.

Vincent W.J. van Gerven Oei (1983) is a philologist, publisher, and co-director of independent open-access publishing platform punctum books. He received his Ph.D. in Media & Communications from the European Graduate School and Ph.D. in Modern Thought from the University of Aberdeen.

Arben Malaj (Vlora, 1961) has been Minister of Finance and Economy in the Republic of Albania different times from 1997 until 2005. He is known for transforming the Albanian economy into a European profile, after the hard social-economic crisis that this country passed during the year 1997. He served as a Member of the Albanian Parliament from 1997 to 2013 chairing the Parliamentary Committee on Economy and Finance.

The project “Mineral Policies” is supported by Swiss Cultural Fund, a project of the Swiss Agency for Development and Cooperation (SDC), implemented by the Center for Business, Technology and Leadership (CBTL).