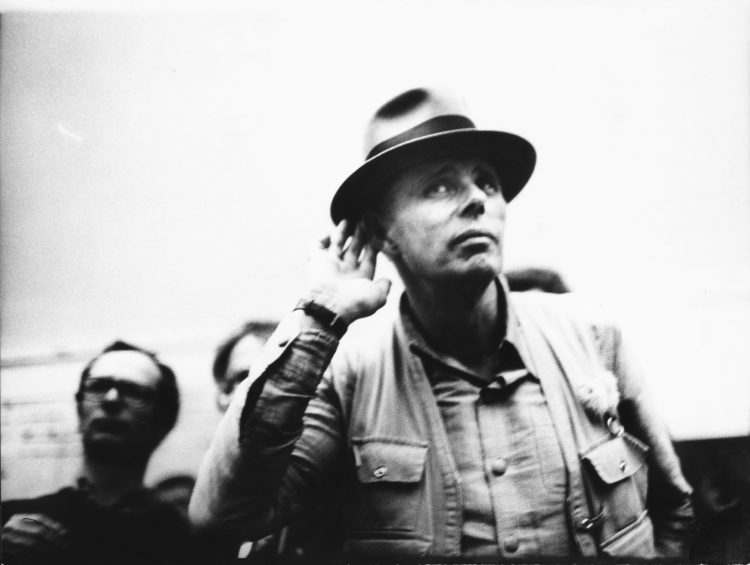 ZETA is pleased to invite you to the screening of:

This screening is in continuation of a project in collaboration with Goethe Zentrum Tirana, where one contemporary Albanian artist is invited to select a film from the film archive of Goethe Institute and to present his choice to ZETA’s public. The guest artist, who has selected the film, Beuys, is Remijon Pronja.

Hardly any other German cultural artist of the 20th century was as controversial as the action artist, sculptor, draftsman, art theorist and temporary Professor as Joseph Beuys (1921-1986). His work dealt with a new, expanded concept of art, which also included the political shaping of society. Andres Veiel goes with his documentary on an extensive search for clues; he brings to light an abundance of partly unknown archive material and allows contemporary witnesses such as Klaus Staeck to speak. All in all, a collage of image and sound documents is created that gives all viewers access to the complex work of Beuys.

Biography
Andres Veiel was born in Stuttgart in 1959. Veiel studied psychology in West Berlin. From 1985, he studied drama and dramaturgy with, among others, Krzysztof Kieslowski at Berlin’s Künstlerhaus Bethanien, graduating in 1989. His documentary WINTERNACHTSTRAUM (WINTER NIGHT’S DREAM) arose in 1991/92 from the first stage productions in a Berlin prison. In 1993, Veiel received a German Film Prize for BALAGAN. He won a larger audience in 2001 with BLACK BOX BRD (BLACK BOX GERMANY). In 2005, he premiered his documentary play “Der Kick”, (“The Kick”), which he turned into a film a year later. His first feature film, WER WENN NICHT WIR (IF NOT US, WHO?), was shown in competition at the 2011 Berlinale, where it picked up a number of awards. Andres Veiel is a member of the German and European Film Academy and teaches at various universities.