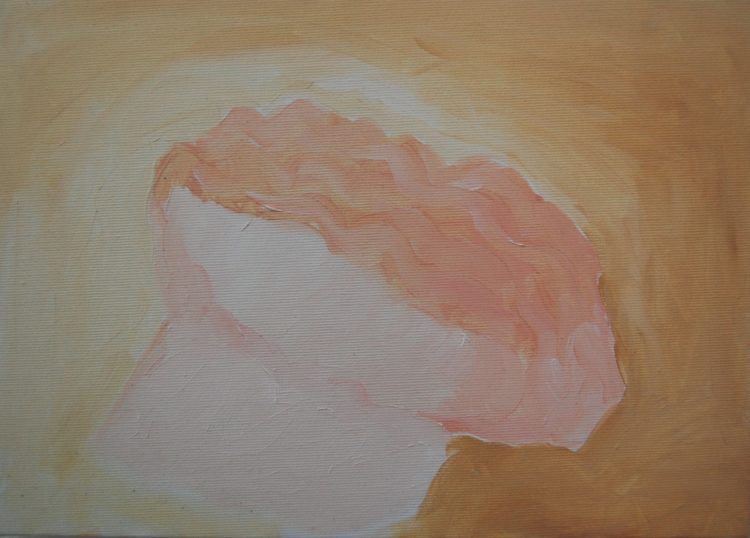 Conceived as sketches, the paintings were slowly brought together, today unveiled as an intermittent process, in search of continuity. This need to express thoroughly dominates the artistic approach, which does not form a conclusion or a concrete claim about any
predetermined ideas. Thus, it can be said that the paintings shown here are not, in themselves, representations of direct impulses from [the artists’] surrounding environment, but rather the product of a particular inner sensitivity in search of connection with the world outside.
The title “Lust” is demanded by the paintings themselves, in which each of them strives to exhibit an exorbitant desire to escape the control of they who paints them. The painting at once seeks to escape a type of domination while also attempting to dominate, in order to form an identity for itself.

Alketa Ramaj graduated in 2006 from the Academy of Arts in Tirana. Her work is typified by an incessant curiosity and permanent study of new forms of expression, which reveals a striking independence in terms of applying her own critical and personal working methods.
The emotional relationship the artist builds with the environment she lives in terms of social connection, historical and the political context are reflected in her practice that develops in different mediums.
She was the recipient of the 2012 Onufri Award and 2013 Ardhje Award.