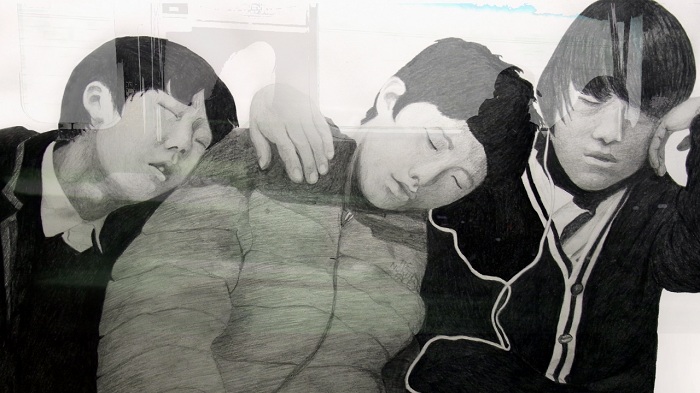 In the own presence of the author:
Isabella GRESSER

The essay film about the German philosopher Byung-Chul Han encircles the phenomenon of fatigue in our capitalistic societies and its associated symptoms such as depression and burnout. It raises the question of how we want to live today, and what we can oppose to the pressure of an achievement-oriented digital society. When in 2011 the book Fatigue Society appeared, it had the finger on the pulse in Europe and South Korea. Now his society-critical theses contribute quite substantially to the understanding of our society in the age of self-exploitation, neoliberalism and surveillance.
The visual artist Isabella Gresser from Berlin accompanied Byung-Chul Han for several years in his hometown Seoul and interweaves cinematic, photographic and drawn observations she has made in Korea and Berlin with from Byung-Chul Han spoken text and lecture excerpts. This film was a work in progress process between 2012 and 2014. Fictional, experimental and documentary parts have been composed into a hybrid film which gives a unique insight into the thinking of this very present philosopher, who hardly appears in the media and the public.

This event is supported by Goethe Zentrum Tirana.