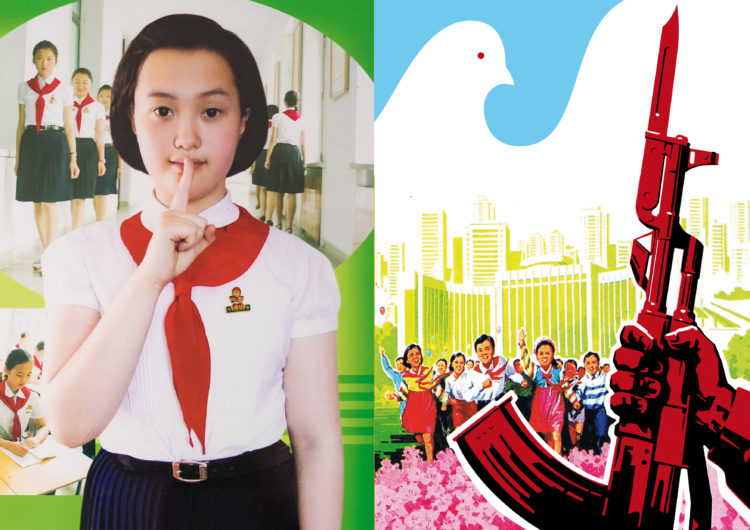 Zeta, Traavik.Info and the Municipality of Gjirokastra present the world premiere of a photo installation by Traavik. Info

GUARDIANS OF PARADISE– Man and Masses in North Korea

GUARDIANS OF PARADISE – Man and Masses in North Korea, photo installation by Traavik. Info
Totalitarianism is not only hell, but all the dream of paradise– the age-old dream of a world where everybody would live in harmony, united by a single common will and faith, without secrets from one another (…) If totalitarianism did not exploit these archetypes, which are deep inside us all and rooted deep in all religions, it could never attract so many people, especially during the early phases of its existence. Once the dream of paradise starts to turn into reality, however, here and there people begin to crop up who stand in its way. and so the rulers of paradise must build a little gulag on the side of Eden. In the course of time this gulag grows ever bigger and more perfect, while the adjoining paradise gets even smaller and poorer.”

Milan Kundera, The Book of Laughter and Forgetting

We, the Guardians of Paradise exhibition team, find it especially meaningful to have its world premiere in Gjirokastër, the birthplace of very different dreams of paradise. This UNESCO World Heritage city is namely the hometown of not only People’s Socialist Republic of Albania founding father and dictator-for-life Enver Hoxha, but no less importantly the country’smost famous writer Ismail Kadare. Himself for decades walking the razor’s edge between collaboration and dissidence, creativity and censorship in Europe’s most isolated and totalitarian state, many of Kadare’scelebrated stories such as “Chronice in Stone”, and “The Wrong Dinner” and “The Fall of the Stone City” take place in Gjirokastër.

It is the hallmark of any deep truth that its negation is also a deep truth.
Niels Bohr, nuclear physicist and Nobel Prize laureate

The film follows self-appointed “engineers of human souls”, art-rock provocateurs LAIBACH (Slovenia) on their controversial tour of North Korea in 2015 on the occasion of the “world’s most closed country” celebrating the 70th anniversary of liberation from Japanese colonial rule.

Welcome to the hometown of poets and dictators, in the land of eagles.

Supported by Art Council Norway, Municipality of Gjirokastra and Ministry of Culture of Albania