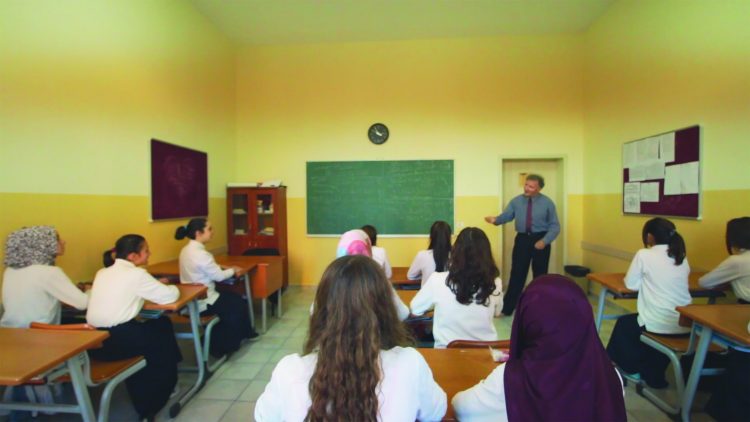 We are pleased to announce that the winner of the tenth edition of ARDHJE Award for Young Visual Artists from Albania is Remijon Pronja with his video-work “An die Freude, Nushid AlFarah” (2016).

The 2018 Ardhje Award Winner was announced by Anthony Elms, one of the international jury members (including Barnabás Bencsik and Alketa Ramaj) during the opening ceremony of finalists exhibition on Friday, 1st of June, at Zeta Gallery – Tirana.

The ARDHJE Award 2018 Winner will have the opportunity to take part in a two-month artist-in-residency program in New York later this year, organized by Residency Unlimited, and generously supported by the Ministry of Culture of the Republic of Albania, and The Trust for Mutual Understanding, New York. Over the year 2019, the winner will also have an opportunity to show the results of his residency abroad through a solo exhibition at ZETA Gallery.

Besides Pronja’s video, the 2018 ARDHJE Award Finalists Exhibition (curated by Alban Hajdinaj) is featuring: six acrylics on paper and one acrylic on canvas by Blerina Muça (from the series “Roi – somewhere home”, 2015-2018), an installation by Fatlum Doçi (“Seeds”, 2017-2018), and a photograph by Sokol Peçi (“Motherland, or A Mirror to Spit”, 2012). 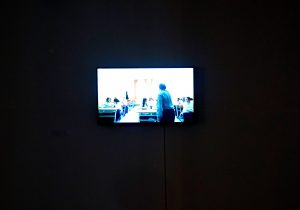 A classroom in Tirana’s Madrasa (Medreseja e Tiranës): under direction of their music teacher, female pupils are singing a song – the anthem of Europe – in Arabic, a language stereotyped as hostile to the Western world. In the mid-nineties, this anthem, in its Albanian version, officially becamepart of elementary school curricula across the country. Based on his own school years’ experience and memory of this period, Remijon Pronja conceived a video-work to examine cultural and political overlaps while revealing mixed and contradictory forms of alignment that his homeland has been going through over the last decades: on the one hand, as a Muslim-majority country and, on the other hand, as a country aiming towards closer connections with and, eventually, within the European Union. Being an Albanian institution, the Madrasa follows and respects official educational programs of the state; however, given its function of a religious school, it also has a duty to adapt the curriculum to the Arabic (non-Albanian) language. Pronja’s video portrays this complicated situation, in which Beethoven’s Symphony No. 9 (or “Ode to Joy”, or “An die Freude”, or “Nushid AlFarah”, etc.) discloses pupils themselves as the main protagonists of ongoing ideological overlaps in Southeastern Europe.