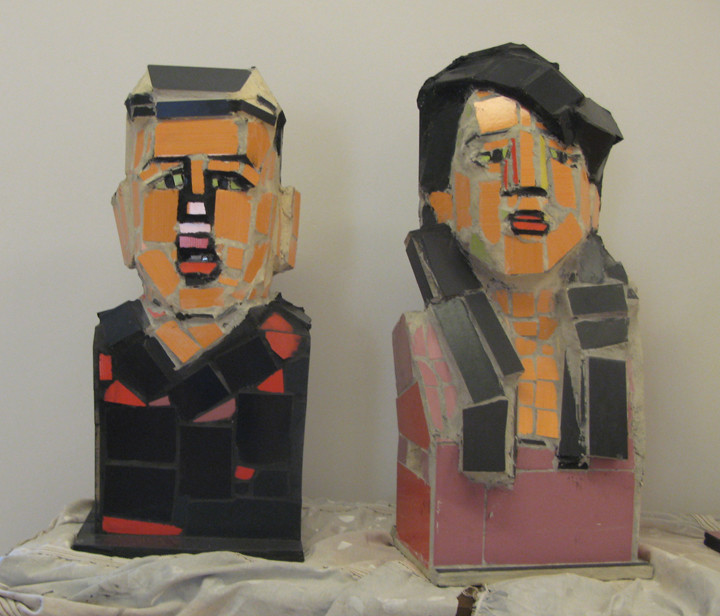 Exhibition “Fix You”, takes the title from construction materials such as iron, cement, majolica plates, etc, which the artist used to fix his studio and the surrounding area. Floor tiles and a wall of mosaic tiles gradually influenced one another; the colorful materials that covered the objects, initially only as decoration, to later leave the space as a joke to the works that became part of the exhibition.