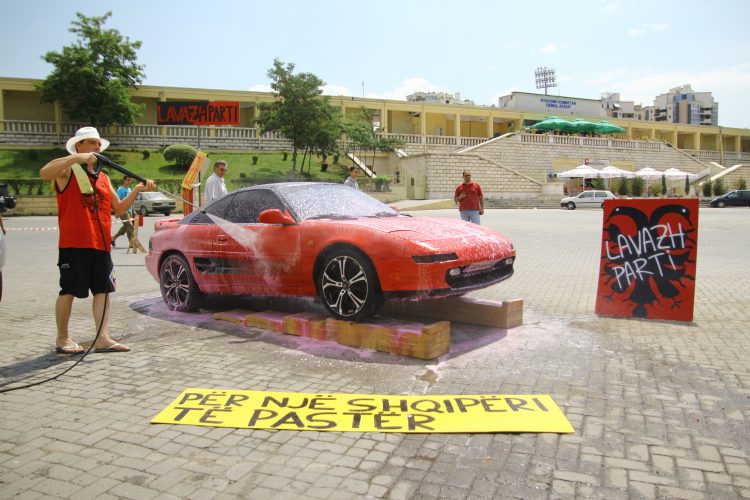 As part of the ARCIPELAGO BALKANI project, devised by Claudia Zanfi and held in collaboration with the Culture Office of the European Community, on the occasion of their first solo exhibition in Tirana entitled ‘Alternative Tirana’, the international collective Alterazioni Video (Milan/ Berlin/ NYC), presents the first preview of a project made up of over 500 Polaroid snapshots taken during their stay in Albania in the summer of 2010. During their journey, the artists observed the reality around them, exploiting the distance that sets them apart from being inhabitants of the country. This fruitful mental state, one of active and imaginative observation, is what all travellers find themselves in when fascinated by the surrounding reality of a foreign country, perhaps also by virtue of the fact that they are unable to understand it completely.

The photos of cities, beaches, breathtaking panoramas, holidays, weddings, everyday and even intimate situations telling of the people and their lives, their great plans for the future and the traces of the past, documented using an innovative technique, come together to offer an original mapping of the territory and a heart-felt portrait of the country, seen also through the eyes of its inhabitants.

For the exhibition at the Zeta Gallery, a number of sculptures were been produced, inspired by the architecture and key areas of Tirana, as well as a site-specific intervention in the public space. During the opening, the ‘LAVAZH SPECIAL PARTI’ took place: an installation/ performance in which the citizens of Tirana were invited to bring along their own cars and take part in a group car-washing session. The following were been made available: water, soap, sponges, vacuum cleaners and everything else you might need to make your car sparkling clean both inside and out. For the occasion, a number of commemorative t-shirts and posters were been produced. The video of the performance were shown during the period of the exhibition in Tirana. 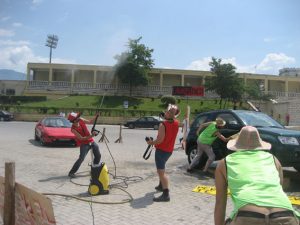 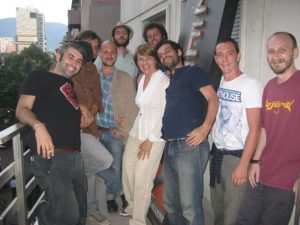