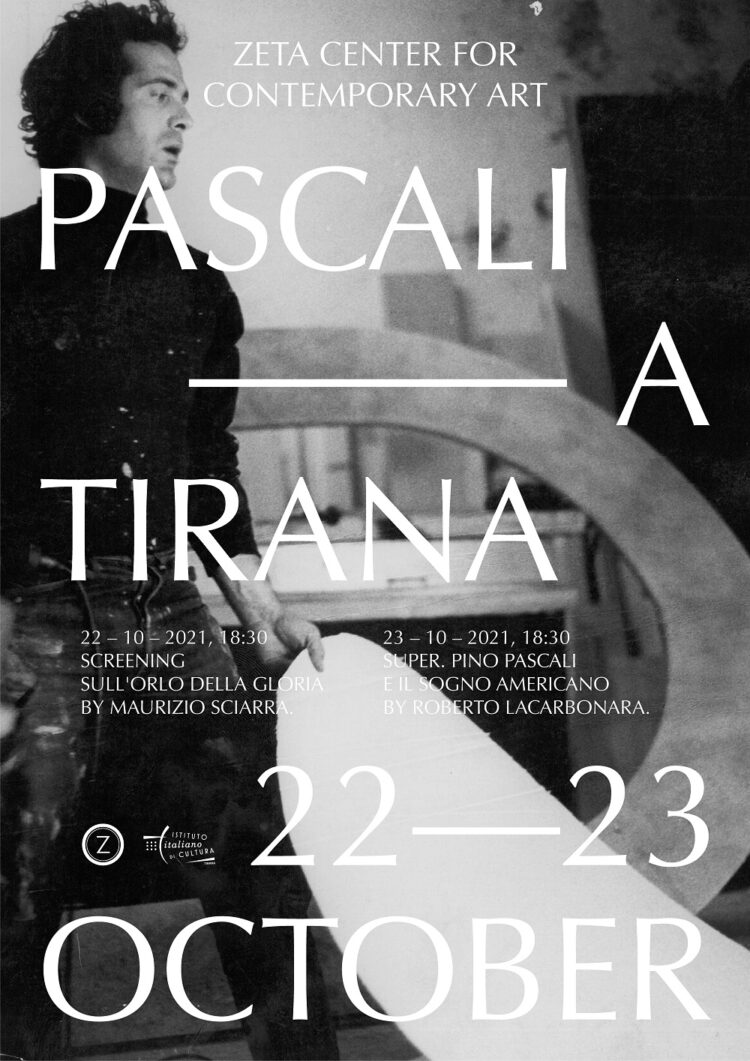 ZETA Center for Contemporary Art organizes two evenings dedicated to one of the important cultural figures of the ‘Arte Povera’ movement, which took place between the late 60s and early 70s, in the main cities throughout Italy.

Pino Pascali was born on October 19, 1935 in Bari, Italy. In 1955, Pascali left science-oriented school in Bari and went to a high school for art in Naples. Later, in 1956, he enrolled at the ‘Academy of Fine Arts in Rome’, in the stage-design course, led by Peppino Piccolo. Although Pino Pascali died at a young age (thirty-two years old) in 1968, his short career has served as a important contribution of post-war art.

Screening of the documentary ‘Sull’orlo della gloria’ (2017, 70′) directed by Maurizio Sciarra.’Sull’orlo della gloria’ narrates the life of artist Pino Pascali highlighting the “different souls” in his character: pioneer of transformation, prophet, but also art hooligan, saboteur or juggler. He died in a motorcycle accident when he was “on top of glory”. His work is part of the collections in the most important museums in the world, such as; MOMA, Tate Modern or GNAM. Through the testimonies of characters that were in contact with the artist, in the cities he has exhibited, such as: Bari, Rome, Paris, or New York, the world of the innovative and brilliant artist emerges, as the forerunner of trends and movements.

Conversation on the book ‘Super. Pino Pascali e il sogno americano’, by curator and art critic Roberto Lacarbonara. The conversation will be moderated by the Italian translator, Erion Gjatolli.

“Superman”, “supermarket”, “superstar”, “super power”. The affirmation of the American imagination, after World War II, is measured by the emergence of a hegemonic superiority, not only economic and political, but above all, cultural one. In the sketch, “Super”, of the early sixties, Pino Pascali, who has always been fascinated by the imagination of the American POP – seems to trace the ramifications of visual culture process with post-colonial programs throughout the West, and not only.

This project is supported by the Italian Institute of Culture Tirana.