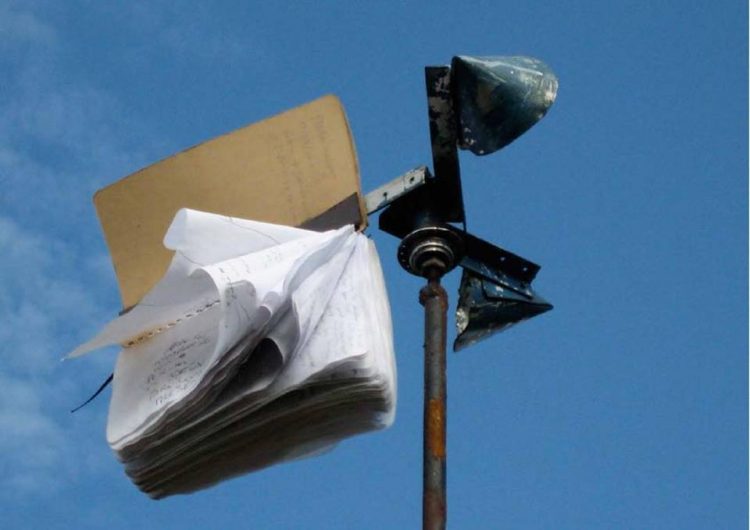 Between 1976 and 1978, during the final years of Institutional Act no 5 (AI-5), known as the most draconian instrument of repression during Brazil’s military dictatorship, Fabiano Marques was living in Sorocaba. At the time, his father was a judge and his mother, a geometry teacher. His memory of the town and his desire to reflect on the role the Judiciary is playing in the current political situation, seen in the light of a critical reading of past events, converged in the chance to work with a group of local law students interested in studying the court rulings issued during those years of his childhood.

On the occasion of his first-ever public presentation in Albania, Marques will pay particular attention to his most recent project Os processos [The Cases], initiated in 2017, when he worked with students and teachers from Paulista University (UNIP) in Sorocaba to select and summarize rulings for the town’s municipal court records. The aim was to annex the material to the official archives so it could be made available for public consultation. In the late 1970s, court records contained only the information needed to locate cases in the archives. Since then, despite changes in the regulations, these documents have not been updated.

Fabiano Marques (1970, Santos, Brazil) is a visual artist based in London, UK. He deals with the development and experiment of intervention systems from specific proposals or places. They take form in installations and videos including performance actions.  He often approaches the production and presentation of his work as if it were a game, building structures which have their own rules of interaction. He is usually interested in rules as propositions and how they can be appropriated and applied in different contexts to generate alternative outcomes.