“White”, the collaboration of Vezgishi and Odobashi in Zeta Gallery

“White”, the title of the exhibitionrefers to Kazimir Malevichand perhaps not incidentally, the exhibition falls on the 100th anniversary of his work entitled “White on white” (1916-1918).

An exhibition reflective of Suprematism on the 100th anniversary of its inception brings together the two artists in Zeta Gallery.

“White”, the title of the exhibition refers to Kazimir Malevich and, perhaps not incidentally, the exhibition falls on the 100th anniversary of his work entitled “White on white” (1916-1918). A lesser known work than his “Black Square” (1913-1915), “White on White” is a crucial workof the foundations of modern abstract art. The work also represents a radical attempt to detach painting fromreflecting or representing reality so as to discover the relationships between pure shapes and colors.“ In this particular context, one can freely claim that the white present in the shared exhibition of Vezgishi and Odobashi nobly aims at expressing an homageas well as re-reflecting and concretizing the mysticism of the Suprematist white. Certainly, this idea is not an untrodden path in contemporary art. Usually, these attempts uncover the truth that the most radical direction of the path leads nowhere. The exploration of abstract shapes, inherent to painting itself, in this case, and not a representation or semblance of another, firstly diagnosed in Malevich’s minimalist Suprematism but also in the other fathers of Modernism (Kandinsky, Klee, etc.) reflect a sublime spirituality. Yet,instances of research have met with the impossibility of a substantial expansion of the concept. Undoubtedly, this kind of painting allows for the trial and testing of a wide spectrum of shapes and basic colors (as in “red on red,” “blue on blue,” blue on white,” etc.) but risking the occurrence of a mechanical extension which causes the artist’s loss of aura and self-respect as an innovative and original creator,”claims Shkëlzen Maliqi in his curatorial statement on the exhibition. However, the exhibition by Vezgishi and Odobashi does not represent a return to the ideas which sought painting’s pure autonomy but rather takes this work and movement as, first and foremost, a nostalgic starting pint.

In Vezgishi’s case, this idea becomes clearer as, from the two cycles of works in this exhibition, one is composed of ready-mades similar to Malevich’s squares while the other faintly recalls Malevich’s famous exhibition “The Last Futurist Exhibition of Paintings 0.10” (Petrograd December 1915 – January 1916). In the latter case, Vezgishi intensively paints the white nearly covering, completely, the initial sketch patterns. This white-masking or whitewashing represents a sad act ambiguously referring to either memory or forgetting. Regardless of which, in both versions, the viewer is undoubtedly confronted with the image of entropy.

In Obodashi, another kind of energy is sensed, a more optimistic one. She explores basic pictorial elements, color (a narrow spectrum – an entire cycle is in black-and-white), lines and shapes, all of which are represented as a moving reality within the images (20×15 cm formats), as well as their placement one after the other, in a row, suggesting infinity, a lack of limit. Obodashi is drawn towards movement and animation (as in animus) of the created images, all of which form a serpentine kaleidoscope. This vivid proliferation of shapes makes the Suprematist idea of pure aestheticism earthier and more graspable. 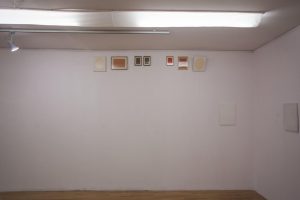 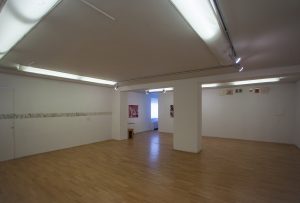 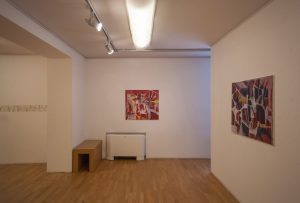 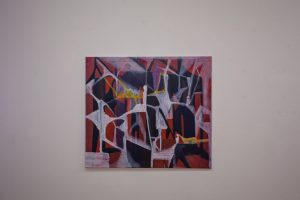 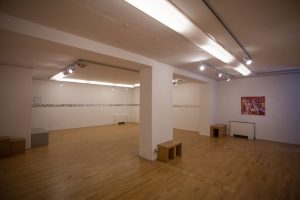 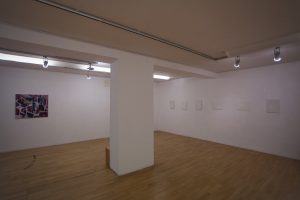 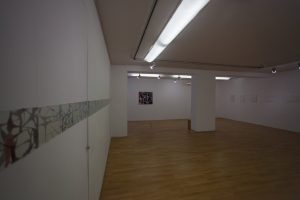 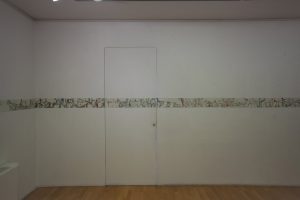 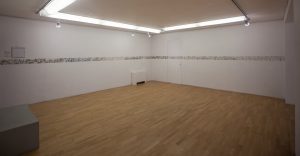 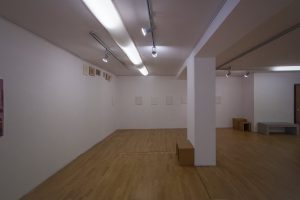 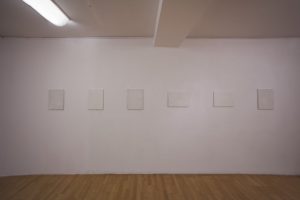 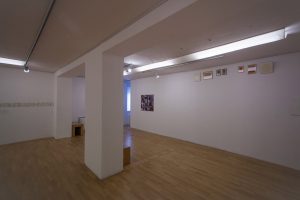 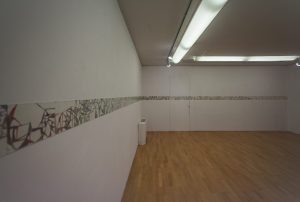 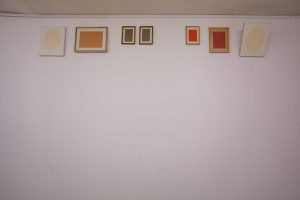 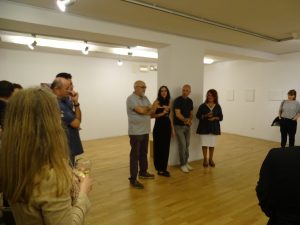