Triangulation is a self-organized, short-term reciprocal residency for artists and curators from Albania, Serbia and Montenegro, initiated by ZMUC http://www.zmuc.org/ in order to stimulate the regional cultural and artistic exchange within the West Balkans. The modules of the project are founded on the premise that in a meaningful exchange of ideas two always become three and that the third entity is capable of breaking the condition of hermeticism.

In practice, this means that an artist and a curator from one country visit another country (Albania, Montenegro and Serbia) and collaborate with a local artist or curator. The goal of the project is to increase the visibility of contemporary art in the region, especially because of the art’s inherent ability to create alternative knowledge.

Serbian artist Marina Marković and independent curator Maja Ćirić will be taking part in the first residency, in Tirana, Albania in collaboration with Zeta Galeri http://www.qendrazeta.com/ from 16-23 October under the title  Edge. The project will have a dynamic, relational character and will consist of discussions, studio visits and a final presentation that will include the artist’s talk and a performance.

Marina Marković is known for reconsidering the notions of gender and related vulnerablity  of the female position within the West Balkans. This project is considering the edges of interpretation based on misunderstandings of complex cultural narratives, Inspired by the ideas from the book The State Where We Do Not Die,  by Ornela Vorpsi, an Albanian writer. Triangulation Edge is also an examination of the place of intimacy and dignity within the society.

Marina Marković (born in Belgrade, Serbia, in 1983) graduated from Faculty of Fine Arts of the Belgrade University of Arts. Since 2006 she has exhibited widely in personal and group exhibitions throughout Serbia, the United States, Great Britain, Japan, Mexico and beyond. A Fellow of the Young Visual Artist Award and Dimitrije Basicevic Mangelos Award for 2011, Markovic co-founded and regularly collaborates with Third Belgrade Independent Artist’s Association . MM lives and works in Belgrade and New York.

Maja Ćirić is an independent curator. Her logic of practice, based on critical and post-globalism, is a critique of the dominant curatorial geopolitics. She is a recipient of Lazar Trifunović Award for Art Criticism (Belgrade), CEC Arts Link Independent Projects Award (New York), ISCP Curator Award (New York), Dedalus Foundation and Independent Curators International Curatorial Research Award. She has a PhD in art and media theory from the University of Arts in Belgrade (dissertation title: Institutional Critique and Curating).

The collaborative project Triangulation: EDGE, between ZMUC(Belgrade) and ZETA Center(Tirana) is supported by Ministry of Culture of Republic of Serbia. 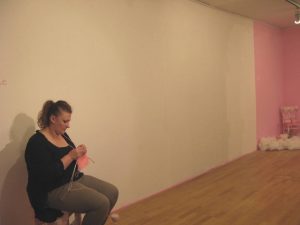 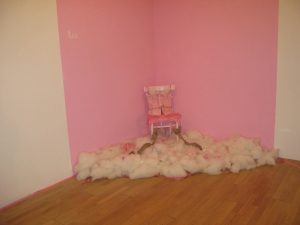