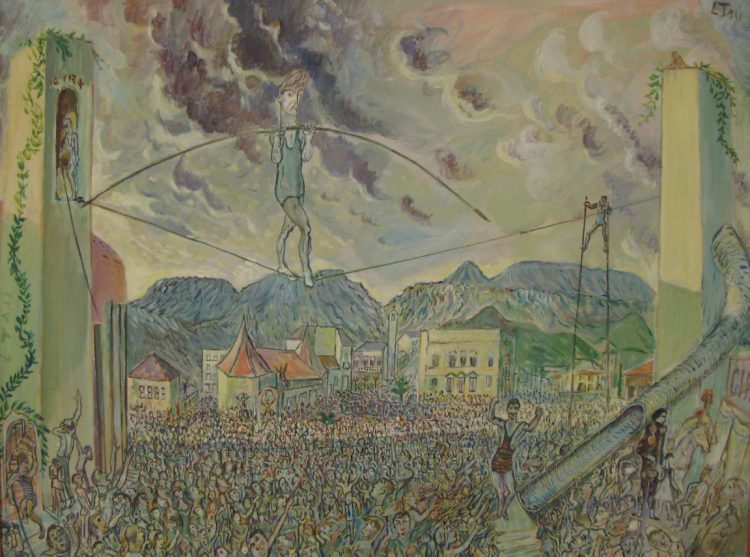 Lekë Tasi’ s “Overpass” is the destruction of a metaphor of moving from one innocence to another, from a memory “frame” to a dream “frame”, from a freely moving hand to a control cramp, from music to pictures, from a smile to debunking. The world as seen through the eyes of the pellets’ emissions from an older child. Art as a game, as a party and as a symbol. These three transcendental elements of artistic work are present in the paintings of Lekë Tasi. Grotesque characters set among dramatic circumstances and tension, in a metaphysical world which disappears beyond the lines of the frame. His painting is a new semiotic fact in the Albanian history of contemporary art. An artist deeply committed and determined during this chaotic era. 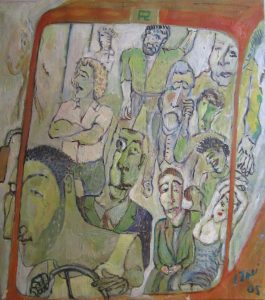