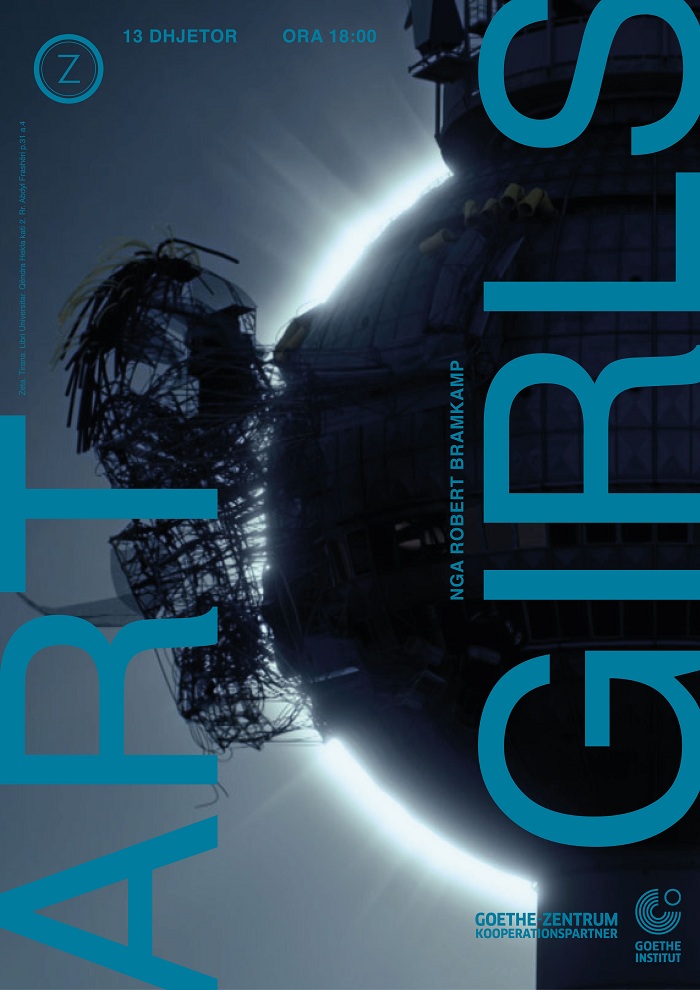 This screening is in continuation of a project in collaboration with Goethe Zentrum Tirana, where one contemporary Albanian artist is invited to select a film from the film archive of Goethe Institute and to present her choice to ZETA’s public. The guest artist, who has selected the film, is Alketa Ramaj.

Three Berlin artists, who, so far, have not been particularly successful, collaborate in a group exhibition. The project is financed by a biotech company, because two scientists hope to witness an effect in art that they could not achieve in their experiments up till now. Their technology of “bio-synchronisation” should combine, according to the principle of networked computers, different people into one single being with enormously increased capabilities. With ART GIRLS, Robert Bramkamp has managed to create an impetuous mix of art satire, criticism of science and motifs from the disaster and horror film genre.

Robert Bramkamp,born in Münster in 1961. He studied German Language and Literature and Film in his city of birth. 1983-88: Art degree at the Academy of Fine Arts Münster (Film studies class). In 1988, he did a master class with Professor Lutz Mommartz. Since the mid-eighties, Bramkamp has been making experimental works that lie somewhere between documentary, essay and feature film. In April 2008, he became professor of Film and Digital Cinema at the University of Fine Arts in Hamburg.