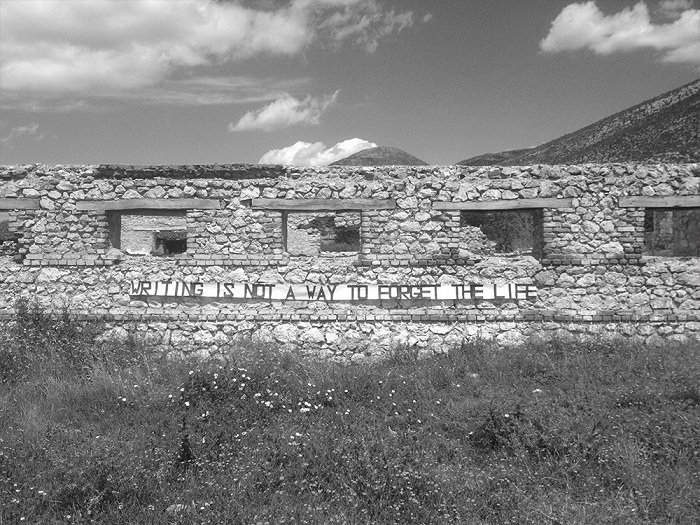 “Writing Jobs” consists of a series of installations, where extracted phrases from the storybook “Mr. Dosti” (Fani Zguro 2010) are developed in various techniques and dimensions. “Writing Job” starts early in 2001, with the realization of a series in slogan forms installed in urban spaces. Later the project was presented at AUP E-flux (a project by Hans Ulrich Obrist Julia Peyton-Jones, Julieta Aranda and Anton Vidokle) 2014-2016, and in 2017 at Art Thessaloniki and Onufri Prize. A new version of “Writing Jobs” is commissioned from 13th Cairo Biennale 2019. At ZETA Contemporary Art Center “Writing Jobs” is presented with a new structure, where on translucent mil-plastic installed on the wall, are written with spray (red colour) phrases taken from “Mr Dosti” in a graffiti context (a practice used for the first time in the project “Here” 2018).