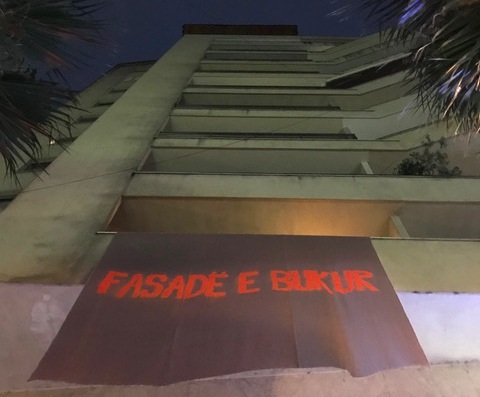 The show will travel to Linz, Austria and be shown at:

„The sky made of panels” is a research-based, cross-disciplinary exchange program, focused on projects in which students from Tirana collaborate with students from Linz in the tradition of learning by doing.
During the workshop in Tirana they start with an investigation on interesting areas and highlight alternative stories of spaces and rooms, in particular prefabricated buildings spread around the city.
The prefabricated buildings are an architectural phenomenon that appeared in Tirana for the first time in the mid-1970s. At this time, the so-called “Factory of 1000 apartments” started to construct cheap and fast residential buildings, standardly in the scale of five floors.
The students attempt to find and articulate new or hidden values of these buildings in details of architectural surfaces and informal building methods. Reflecting the gravity of the Albanian 20th´s century history they are questioning how architecture and the organization of public spaces are used nowadays as instruments of politics and ideology. Also they see the prefabricated houses as an interesting starting point for some new, exciting discussions on the meaning of prefabricated concepts which influence us in different ways, for instance structures of university programs, gender aspects, standard packaging, genetically modified food, plastic surgery and more.

The project between the University of Arts Tirana and the Kunstuniversität Linz is presented at the Zeta-Gallery in Tirana and the Kulturtankstelle in Linz.
The „the sky made of panels“ is organized by Ledia Kostandini, Ilir Kaso, Marlene Hausegger and Ursula Hübner in May 2018. 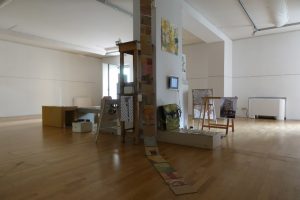 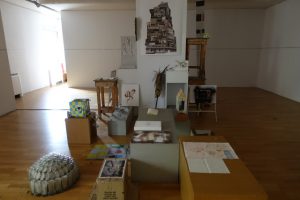